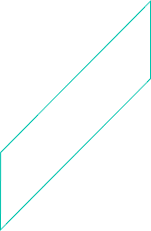 Following Promod Esports’ success of operating the VALORANT UK&I Skirmish in June 2021, they have launched a community hub for Northern European VALORANT. ICEBOX will initially be bringing to the scene two open tournaments; the Northern Classic, and the Northern Frenzy cups.

ICEBOX is a northern European VALORANT esports community, home to the Northern Classic and the Northern Frenzy tournaments. Providing the community a social Discord server, social media platforms and website. ICEBOX brings together players from across the region to share their love for all things VALORANT .

Will Buck from Riot Games says “We’re extremely excited about this competition being run by Promod Esports. It’s great to have competitive opportunities for local VALORANT players and teams in the UK, Ireland and Nordics. We’re hoping to see participants from these tournaments develop and progress with an ambition to make their way to the upper echelon of VALORANT in the future.”

The Northern Classic provides teams with two opportunities to qualify through open qualifiers organised via ChallengerMode. The first Northern Classic qualifiers will take place on 18th & 19th October, with another opportunity to qualify for the main event on 23rd & 24th October. The top 4 teams from each qualifier event will be seeded into the main event which will run from 1st-21st November, with a prize pool of £20,000.

The Northern Frenzy cups provide regular amateur competition for teams wanting to get their competitive fix. There will be weekly tournaments running from 21st October-11th November, with finals taking place on the weekend of 13th November. Teams in this tournament will earn points based on their placement in each weekly cup, with a monthly prize pool of £500. Teams are able to compete in both the Northern Classic & the Northern Frenzy cups.

“We’re thrilled to have been chosen by Riot Games to run the Northern Classic & Northern Frenzy competitions and we can’t wait to watch some of the best teams in Europe compete for their share of £20,000” says Promod Esports’ CEO and Founder, Rob Black. “Promod Esports has always been about providing opportunity to the esports community, and we’re very excited about how ICEBOX & the upcoming tournaments will provide a platform for teams, players & talent to shine in the Northern European region.”

ICEBOX have partnered with long standing esports industry supporter Intel in order to power the tournament and will also be joined by Logitech G and AOC Gaming as suppliers for both the Northern Classic and Northern Frenzy.

The finals for the Northern Classic will be broadcast on ICEBOX’s Twitch channel on 19th, 20th & 21st November, where the top four teams from the group stages will compete.

Team sign ups for the Northern Classic are live on ChallengerMode now. For more details about the upcoming Northern Frenzy, you can join the ICEBOX community hub on Discord, following our Twitter, or by visiting the new ICEBOX Website.

Promod Esports are a specialist esports agency which focuses on creating and enhancing incredible experiences through their activations, broadcasts and tournaments. A tech and innovation led esports agency, Promod thrives on providing platforms for success within the industry at grass roots and international levels. Promod works alongside IP owners such as brands, game developers & rights holders to create engaging live broadcast content around the tournaments they deliver, as well as event management and organised play. For more information, please visit their website, email contact@promod.gg, or follow on LinkedIn and Twitter.

About VALORANT:
VALORANT is a competitive 5v5 character-based tactical shooter developed by Riot Games. VALORANT is a precise and lethal multiplayer game with high-fidelity gunplay, a diverse arsenal of guns, agents with unique abilities, and competitively tuned maps for thousands of hours of play. VALORANT is a free-to-play game and optimized to perform on a wide variety of PC hardware, allowing for a global audience to compete. Demonstrated by the game’s best-in-class game server quality, global infrastructure, and proprietary anti-cheat technology, Riot Games is committed to preserving the core tenets of the tactical shooter genre and upholding the competitive integrity of the gameplay experience.

About Riot Games:
Riot Games was founded in 2006 to develop, publish, and support the most player-focused games in the world. In 2009, Riot released its debut title, League of Legends, to worldwide acclaim. League has gone on to be the most-played PC game in the world and a key driver of the explosive growth of esports. As League enters its second decade, Riot continues to evolve the game while delivering new experiences to players with VALORANT, Teamfight Tactics, Legends of Runeterra, League of Legends: Wild Rift, and multiple work-in-progress titles. Riot is also expanding the world of Runeterra through multimedia projects across music, comic books, board games, and the upcoming animated series Arcane. Founded by Brandon Beck and Marc Merrill, and led by CEO Nicolo Laurent, Riot is headquartered in Los Angeles, California, and has 3,000+ Rioters in 20+ offices worldwide.